PUBG Mobile currently has four maps – Erangel, Miramar, Sanhok, and Vikendi. You can jump into a game in any of these maps and would be well-versed with them if you have been playing for long. These games usually last up to 30 minutes so yeah, you do need to take out some time to stay focused and grab that Chicken Dinner. But, what if you don’t have that kind of time at hand? Well, worry not as PUBG Mobile is ready to introduce a smaller map ‘Livik’ very soon.

The developers of PUBG Mobile want to give players a chance to quickly hop into the match, maybe during lunch or study breaks. The ‘Livik’ map is rumored to arrive with the PUBG Mobile 0.19.0 update in July. It’s already live in PUBG Mobile beta and I’ve got access to it, so I decided to give you a first look at the Livik before it’s rolled out to everyone.

Livik is a new map that measures two kilometers by two kilometers (2 x 2 kms). This means it is even smaller than Sanhok, which is a 4 x 4 map in PUBG Mobile. You get a close look at the map down below and it looks like something out of Fortnite. I say this because Livik is a mix of all of the existing maps in the game.

You will find snow from Vikendi and desert lands from Miramar on opposite sides of the map. The rest of Livik is inspired by Sanhok and Erangel to offer vegetation and some developed areas across the map. You will also find tiny ponds spread across the map. Not everything in the map is copy-pasted though. 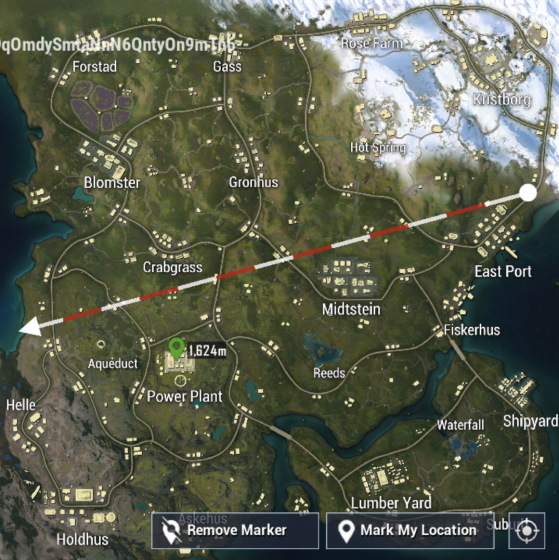 There’s a modern gas station in Midstein, windmills, and tent areas with decent loot. The developers have also tried to add interactive elements like waterfalls, which will push you off the ledge with the force of water. You can also take jet skis to jump off these cliffs for some fun or eliminate teams swimming to get away from you.

In terms of beauty, there’s no doubt that my favorite location is Forstad. It’s a field full of pink flowers with windmills and a snow-covered mountain in the background. Get a glimpse at this in the image below. There is not much loot available at this location but you can land at Blomster, loot up, and get a peek at this serene beauty before the zone starts to close in.

If you are looking for high-tier loot and a fight the moment you drop in, hot spots like Power Plant (similar to Mylta Power) or Shipyard (similar to Georgopol) could be your pick. It will be interesting to see where players land on this smaller map and how their gameplay adapts for quick action. The graphics did have some glitches here and there while I hit the ground or picked up an item but that should be fixed by the stable release.

To be honest, you cannot easily judge the gameplay quality from the beta because the lobby is usually full of bots. It’s only occasionally that you run into real players and get a chance to experience how a fight will go down on Livik. Still, there’s a ton of cover and hiding spots across the map, especially for those who like to crawl their way to the top.

With 40 players (i.e. 10 teams) landing on a smaller map and the blue zones closing in earlier than before, Livik will see a lot of fast action-packed fights – not until a few end circles though. Yes, I feel you will find yourself in a lot of gunfights but you can easily run amok for the first couple of circles as you will rarely encounter anyone. This is what I felt with 50 players, so Livik will only feel more lackluster with fewer teams. 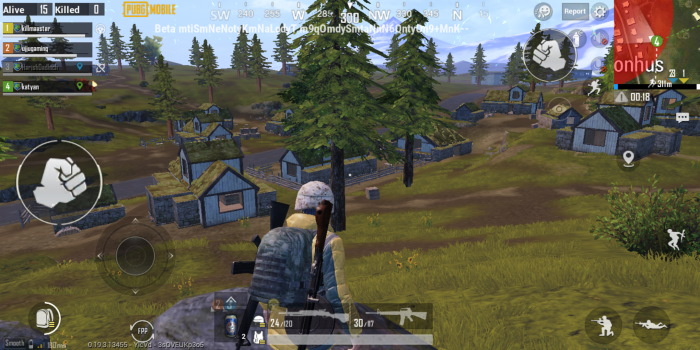 PUBG Mobile should allow over 60 players to jump into the fight together to make the combat on Livik more action-packed and fun. The gunfights are still pretty intense and I feel third-party would be a common affair on this map. Nearby teams will quickly rush in to score a higher placement by killing your team while their health is low.

The games on Livik are said to last up to 15 minutes each. If you do not decide to crawl into the final circle then like me, your games will mostly end in about 12 – 13 minutes, which is exactly what PUBG Mobile developers want. 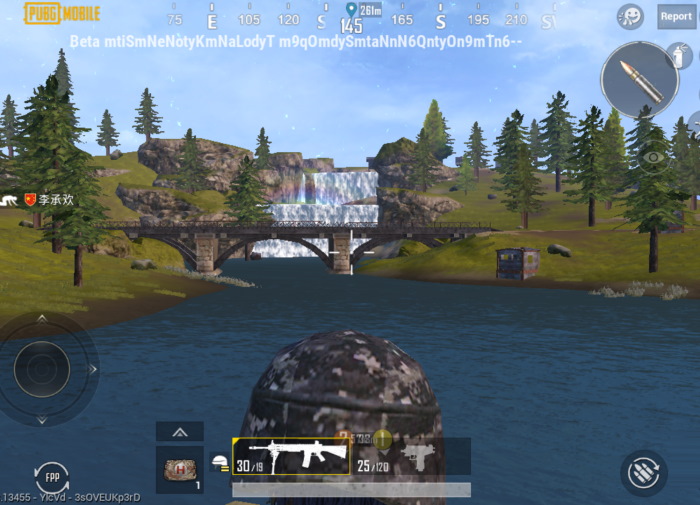 The reports suggest that Livik will launch with support for up to 40 players a time. The beta, however, allows 50 players to jump into a match on Livik (Secretmap, as it is known in the beta) and it works fine. I didn’t notice any major gameplay issues even if I landed at the Power Plant.

There’s a couple of new gameplay elements, along with new weapons and vehicles that will be added in with this map.

Taking a look back at the previous update, remember how the ‘Cold Front Survival Mode’ introduced barrels of fire to keep you warm and regenerate the health when the storm strikes? PUBG Mobile is building on this concept to give you a fixed spot for free healing. If your health is running low and you’re low on meds, just head to the Hot Springs (if it is still in the zone, of course) and jump into one of the hot springs to see your health slowly start to regenerate. 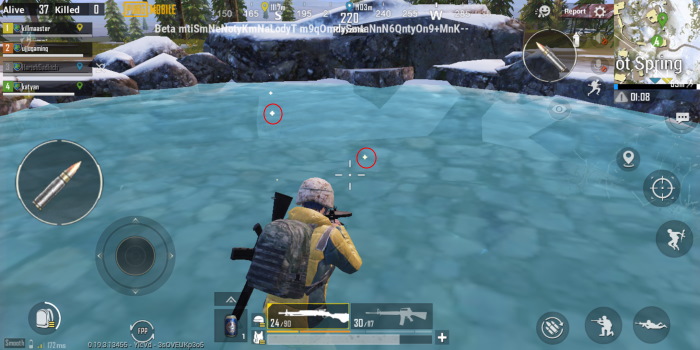 The rate of health regeneration is super slow and you will not notice the same at first. Tiny “plus” signs will, however, start to popping on your screen to indicate that your health is being replenished. A neat touch for the gameplay on such a small map.

The new weaponry includes the P90 submachine gun that was introduced in the Death Arena mode and the MK12 sniper rifle. It offers a high-speed burst to further enhance the gunplay, giving players the option to scout enemies and take them down swiftly. Another new addition comes in the form of the monster truck. Yeah, the one you see in the image below. 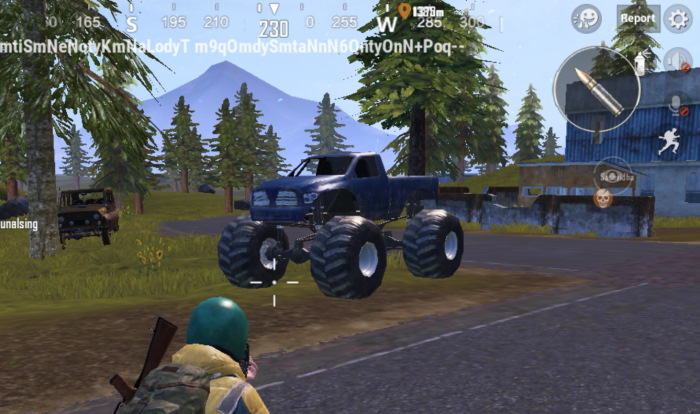 Overall, I feel like Livik is an okay-ish addition to the existing lot of maps. It may be an exclusive map aimed at mobile users that brings along interactive elements like a cave, waterfalls, and healing hot springs. But, I jumped in expecting a quicker gameplay and more frequent gunfights but that wasn’t really the case – even though the beta enables more players than expected to join the match.

The gameplay was a crawl even with 50 players on a smaller 2 x 2 map. I don’t know what exactly went wrong but I didn’t feel the same thrill as I would if I were to jump into PUBG PC’s Karakin map. That’s just my initial impression though and maybe being able to enjoy quick PUBG sessions will come as a boon for many.

Realme’s entry-level C-series has achieved an amazing milestone in its two years of existence. The company kicked off the C-series with Realme C1...
Read more
Technology News

YouTube Ads are Going Haywire and No One Knows Why

YouTube is a behemoth when it comes to ad revenue. The company announced YouTube ad revenues for the first time this year and...
Read more
Technology News

Ola Users Can Now Use PhonePe for Paying Rides

Ride-hailing service Ola has integrated PhonePe as one of its payment methods, thanks to a new partnership. The news comes merely a few...
Read more

Realme’s entry-level C-series has achieved an amazing milestone in its two years of existence. The company kicked off the C-series with Realme C1...
Read more